Having recently finished J. C. Ryle’s autobiography published by Banner of Truth, I wanted to share one of the small things that I enjoyed throughout: his mention of dogs. As a dog person myself, it was fun to find that this 19th-century Englishman clearly enjoyed them as well.

The first mention of a dog appears when he talks about his childhood. Describing summer vacations in Bridlington, he says one of the earliest events he remembered in his life “was a large black Newfoundland dog, as tall as myself coming up to me quietly on the pier and taking the biscuit out of my hand” (17).

A few pages later he writes that, “The first piece of property I ever possessed was a Lyme mastiff puppy given by Mr Legh of Adlington, which afterwards grew to be a huge dog, and I have his brass collar now. I hope it will always be kept in my family” (19).

When departing the Cheshire estate after his father went bankrupt, “Nothing I think touched me that morning so much as the face of my old Lyme mastiff ‘Caesar’, who was excessively fond of me. I remember he looked at me as if he did not understand it, and could not see why he might not go with me too. Poor dog, for a whole month afterwards he made his way into the house every morning as soon as the doors were opened, and went up to my room; there he lay at the door from morning till night, and nothing would induce him to stir. When the sun went down in the evening, and it became dusk, he used to get up, smell at the bottom of the door, whine piteously and walk down stairs. This he repeated every day for a month. At last it affected the few people who were left in the house so much that they could stand it no longer, and he was given to my friend Thornycroft. There he was not understood, was treated as a dog, and not as a friend, became soured in temper, was always chained up, and did not live very long. I never saw him again” (93). 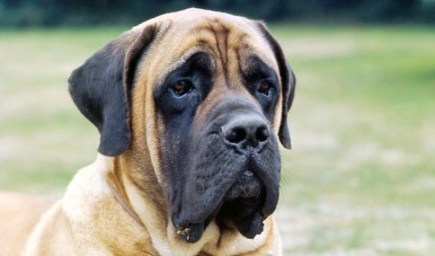 In addition, twice dogs were mentioned in regards to him moving to a new parish (i.e. “I had one maid-servant, one boy, one dog, one cat, and one pig” (100).

My name is Shawn Paterson. I am married to Tara and we have two children, Ryle and Jane. Originally from New Jersey, we moved to Moscow, ID about five years ago.

I am a parish elder at King’s Cross Church and work at Christ Church as content director.

I am a graduate of Greyfriars Hall, Moody Bible Institute, and have earned a certificate in counseling from CCEF.

On this humble piece of the web, you will find occasional exhortations, meditations, sermons, papers, and quotations from books. Thanks for reading!
—

Use this link to receive $5 off an order at Westminster Bookstore.

Idaho summer.
Creation’s cathedral.
A smile for Grandma.
I said let’s go to a place where a boy can wander and everything is “yes.”
Tree Throne.
The boy loves a biscuit from @bucerscoffeepub while waving at the cars and people on Main Street.