The following is just a small excerpt from the writings of Melito of Sardis (died c. AD 180).

On these accounts He came to us; on these accounts, though He was incorporeal, He formed for Himself a body after our fashion, appearing as a sheep, yet still remaining the Shepherd; being esteemed a servant, yet not renouncing the Sonship; being carried in the womb of Mary, yet arrayed in the nature of His Father; treading upon the earth, yet filling heaven; appearing as an infant, yet not discarding the eternity of His nature; being invested with a body, yet not circumscribing the unmixed simplicity of His Godhead; being esteemed poor, yet not divested of His riches; needing sustenance inasmuch as He was man, yet not ceasing to feed the entire world inasmuch as He is God; putting on the likeness of a servant, yet not impairing the likeness of His Father. He sustained every character belonging to Him in an immutable nature: He was standing before Pilate, and at the same time was sitting with His Father; He was nailed upon the tree, and yet was the Lord of all things.

He who hung the earth was Himself hanged up; He who fixed the heavens was fixed with nails; He who laid the foundations of the universe was laid up on a tree; the Lord of all was subjected to ignominy in a naked body – God put to death! 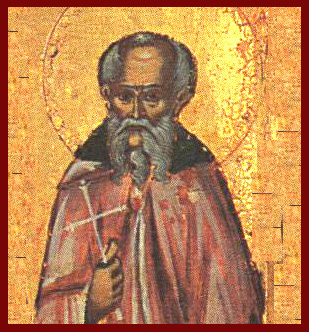 My name is Shawn Paterson. I am married to Tara and we have two children, Ryle and Jane. Originally from New Jersey, we moved to Moscow, ID about five years ago.

I am a parish elder at King’s Cross Church and work at Christ Church as content director.

I am a graduate of Greyfriars Hall, Moody Bible Institute, and have earned a certificate in counseling from CCEF.

On this humble piece of the web, you will find occasional exhortations, meditations, sermons, papers, and quotations from books. Thanks for reading!
—

Use this link to receive $5 off an order at Westminster Bookstore.

Idaho summer.
Creation’s cathedral.
A smile for Grandma.
I said let’s go to a place where a boy can wander and everything is “yes.”
Tree Throne.
The boy loves a biscuit from @bucerscoffeepub while waving at the cars and people on Main Street.